When did you encounter Citizen Science and what encouraged you to stick to this field?

My first experience with Citizen Science was with the „Globe at Night“ project. At first, I was very sceptical that the methodology could work, because I was used to more precise instrumental observations. However, a visiting student’s project motivated me to look more closely at the data. That made me realize that while visual observations are indeed imprecise, the data in aggregate is very stable (read our paper about this). Now I am the one making the argument that visual data from citizen scientists is the best way to track how light pollution is changing worldwide, most recently in an article in Nature Astronomy.

How did you come up with the idea of your project? And why do you want citizens to participate in it?

Our „Verlust der Nacht“ BMBF project had the opportunity to produce an app related to the project. The night before we interviewed a set of companies, I had the inspiration that using an app, we could update the Globe at Night method to make it more precise. Since it built on an existing citizen science methodology, the idea of having the public participate was there from the start.

With the Loss of the Night app, individual citizen scientists estimate how many stars they are able to see by figuring out how bright the faintest visible star in their sky is.

What is the biggest challenge in your everyday work?

Let’s be honest: Did some of your attempts fail? Were you ever frustrated? What would you do differently next time?

The biggest problem is that the project doesn’t have continued funding or a real institutional home. So it’s not being promoted, we aren’t able to make a few necessary improvements to the app, and at the moment we are collecting data but don’t have the facilities to analyze it. I wouldn’t start another long-term project without the firm backing of a research institute.

According to Galileo Galilei „Curiosity is the key to problem solving“. In your eyes, what are the three most important characteristics for taking part in your project?

Most importantly, you have to like going outdoors at night and looking at the stars. If you like doing that, you’re nearly all the way there. The next two requirements are that you take care in doing the observation, and that you have good (or corrected) vision at both near and far distances. If you use bifocals, the combination of looking down at a smartphone and up into the sky might not work well for you, and in that case I’d recommend you take part in our sister project „Globe at Night“.

Rubber boots and a pair of binoculars, toolkit or app – how technically savvy should Citizen Scientists in your project be?

The main thing you need is a willingness to try out an app that involves going outside at night. You also need a light polluted sky – the app is for cities, not the countryside!

What can Citizen Scientists learn in your project?

If you don’t know the names and positions of stars and constellations, you will learn a lot of them just by using the app.

What was your best citizen scientist moment? What was the biggest success in your project?

I think the best moment was the one that started me down the path of my own project: realizing that human observations of skyglow are actually the best measure of light pollution.

Where can one see the results of your project?

Since it’s a long-term project, we don’t have an overall result yet. But you can view (and download) all of the data at www.myskyatnight.com 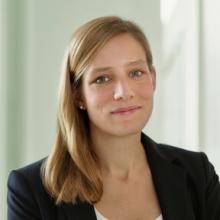